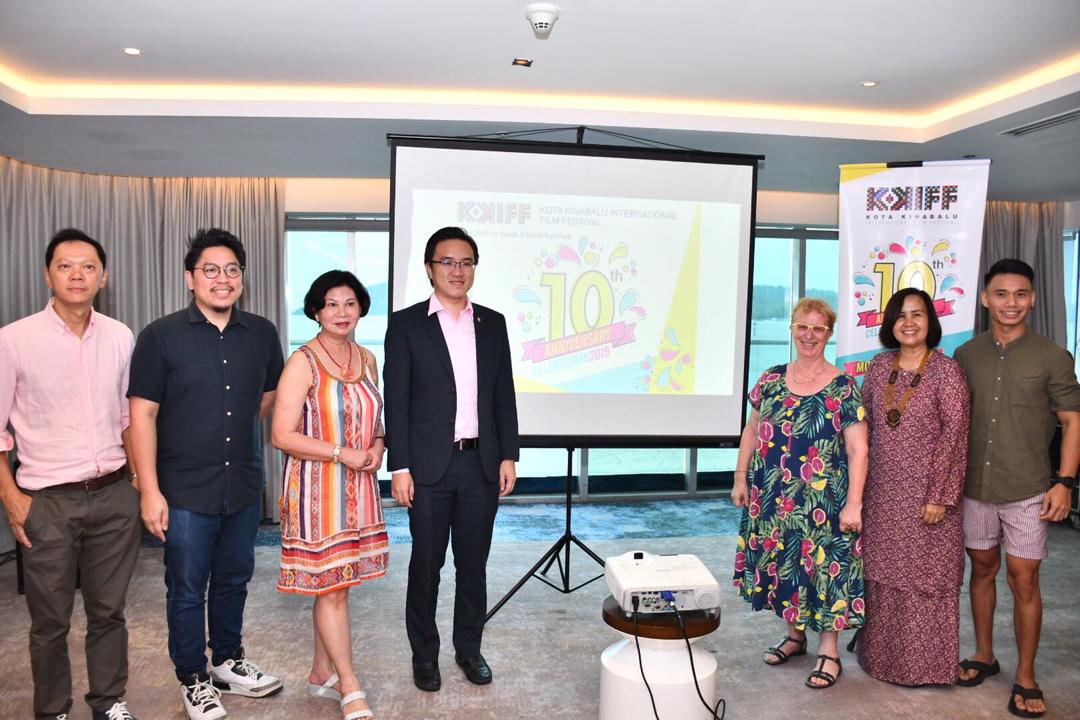 There isn’t a film festival like this anywhere in Malaysia.

2019 is the KKIFF’s 10th anniversary – it has developed from an event that screened only three French films to a Festival that takes place all over KK and is open to all!

It sees its role as

What are we launching today?

For documentary, narrative, indigenous language and Malaysia Day short films around the theme of CELEBRATION. This is open to ASEAN countries, Taiwan, South Korea and Hong Kong. It is sponsored by the Sabah Tourism Board.

Submissions through FilmFreeway by 31 July 2019.

An opportunity to screen new work by independent filmmakers from around South-East Asia, Taiwan, Korea and Hong Kong.

We welcome films of any length and any genre. Be sure to submit your work through FilmFreeway by 17 May.

We usually show two programmes of shorts, as well as three to four feature-length films – KKIFF 2017 featured 18 films from 9 countries.

They will make either a short documentary or narrative which will be screened on Awards Night, 15 September 2019.

This year we offer participants certificates from the NZ Film Academy, which is sending an assessor for the length of the course in September.

Documentary filmmakers from the ASEAN region, Taiwan, Korea and Hong Kong will learn how to prepare, practise and present a pitch for a feature-length documentary to a panel of film industry professionals.

We are very happy to have continuing support from the Ministry of Tourism, Culture & Environment; the Goethe-Institute; SEDIA; the Japan Foundation (together with Consulate here in KK); the NZ High Commission; the Alliance Francaise, French Embassy and Institut Francais; the Embassies of Italy, Argentina and Brazil; MBO Imago Mall

Put it in your diary, check the programme on our website and Facebook, and make sure you attend films showings, or use this exciting opportunity to work on an original short film.